It’s been so long that I’ve posted that I don’t know how to post.

Christmas day, New Year’s Eve, New Year’s Day… each seemed a timely day to write a post, to update our loved ones on how we are REALLY doing. Those days came, and went, blessedly. Aside from our youngest, we don’t look forward to the holidays with the same eager anticipation that used to make Thanksgiving, Christmas and New Year’s Eve so special. Truthfully, we don’t look forward to ANYTHING as we used to… making plans, booking trips, buying tickets for events without Shea still feels very wrong. We persevere, and there are moments of joy, laughter, happiness… but there is the missing her, between. All is bitter sweet.

Allow this to be a holiday card from the Anderluhs. We haven’t mailed one out since Shea was first diagnosed, in 2008. As each year has come to an end, I have wrestled with the thought of Christmas cards. I want to send out the most perfect card, one that expresses our gratitude, one that includes Shea, somehow, one that takes note of each and every blessing we’ve received since Shea got sick. There are so many, so many friends, neighbors, past classmates, even strangers who have helped us, who have touched my heart so deeply that I must acknowledge each and every one… but the sheer numbers have grown too deep for me to realistically reach out to each personally.

I realized it just the other day, as I looked at my e-mail in-box. After deleting the junk, there were more than 400 messages I’d saved, in the hopes of replying personally to each. But these were not the only messages that deserved a response. There were also messages in my Facebook inbox, more than I could count. And text messages, beautiful notes of support, to which I hadn’t responded at the moment, wanting to find enough time to convey the gratitude I truly felt. The sum total of my procrastination created a state of inertia… and so I’m turning to blogging to make my excuses, and express my thanks.

Thank you, friends, for loving Shea, for loving us. For the string of paper cranes that flies over Shea’s grave. For continuing to call on us, even when we rarely leave the house. For thinking of us, for asking about us. For sharing your memories of her. For messages sent on Facebook, on Christmas, on her page, private messages to me. For comments on photos and videos of her from years ago, that keep her alive. For Christmas morning visits, and hugs, and gifts for Bailey. For holiday cards that not only show your families enjoying good times together, but also include personal notes remembering Shea and acknowledging our pain during these moments. For anonymous gifts left on our porch. For pictures of friends with rubber duckies… for footprints in the snow, by her grave. For messages of support and solidarity from other bereaved parents. For our community, our village, Jamie’s posse, our church, our friends, who kept us afloat when Shea’s medical expenses threatened to wipe out our savings… for our neighbors on the Court, who stepped up to pay for Shea’s funeral luncheon… for John’s and my high school classmates, who contributed to fundraisers, sent messages of support, and attended Shea’s wake… to our college classmates, and my sorority sisters, who expressed their love in so many ways, and sent mementos of Shea that will always remind me of them… to the Lymphomaniacs… to Liz, Margaret, Beth, Libby, and Dr. Chaudhury… to Susan and my crazy fun Inverness girls… to the the play group, and the posse, slash village… to the teachers and staff of Thomas Middle School… for Shea’s supporters from Hersey High School, St. Viator, St. James and Olive-Mary Stitt… Corre Friends… March Animal Hospital… Deerwood Farm, Matchmaker Ltd., Happenstance Farm and especially Buena Vista Farm for keeping Jamie and me distracted when we needed it most… Kraft Foods Inc, especially John’s co-workers who listened, and those who supported us financially… our CaringBridge Community… Hodgkins refractory and relapsed (on Facebook)… Cancer moms, bonded for life (on Facebook)…. Bereaved Parents of Childhood Cancer (on Facebook)… Share Goldens, and Denise and Virginia, for Bailey… facebook friends who answered calls for various videos, etc…. Cal’s Angels (Stacey and Tom)… Donna’s Good Things (Sheila and Jeremy)… Leukemia and Lymphoma Society (LLS)… CureSearch… and most of all, Molly, Lauren, Carla, Julia, Gabby, Maddy, Catherine, Emily, Val, Peter, Kevin, Mary, Carlos, Erin, Coco, Joe, Destiny, Jack, Ian, Kristi, Stephanie, Zach, and ❤ Janet

Please know that we are deeply grateful for each and every act of kindness you have shown to us during these difficult years.  Even while we have struggled with Shea’s pain, we have been surprised and amazed by the outpouring of kindness of support from friends new and old. That has been the unexpected blessing.

We wish you all the happiest of new years as 2014 unfolds its tender wings.

Things are better. It’s a conscious choice. I could dwell on the series of sad events  that have occurred over the past 12 months. But what good would that do me?

I think of Shea, and her absence, constantly during my day. Simultaneously, I think of song lyrics written by a duo that have become my heroes. Years ago, our dear friends Katie and Kent introduced us to the music of Lowen and Navarro, a singer/songwriter pair whose harmonies played out during our daughters’ growing up years. Lately, lines from their song “what I make myself believe” have been echoing in my head.

As much as I am so deeply affected by the sad events of the past year, I don’t want them to define me, nor do I think that Shea would want me to focus on sadness. She didn’t roll that way. So I am trying to attune myself to the good things around me. I’m trying to notice the beauty around me, and am carrying the hope that Shea is with me in those moments, when I see an especially beautiful tree or flower or mallard duck. When Bailey sings a long-winded tale of howling discourse, indecipherable to you or me, but clearly composed of eloquent thought. When Jamie sits down at the piano and plays a beautiful melody, despite the fact that she is anti-music lesson. 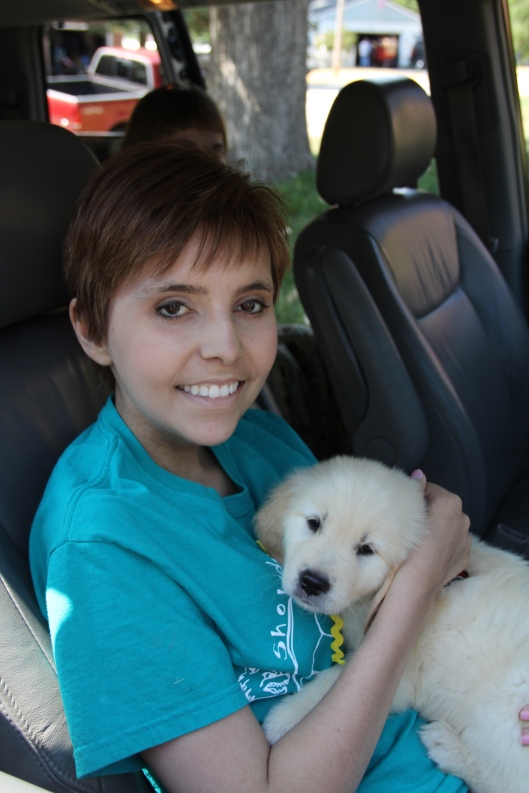 Shea, sleeping, cell phone in hand. She had forgotten her password and kept trying to log in and stay connected with her friends and sisters. July 23, 2012. 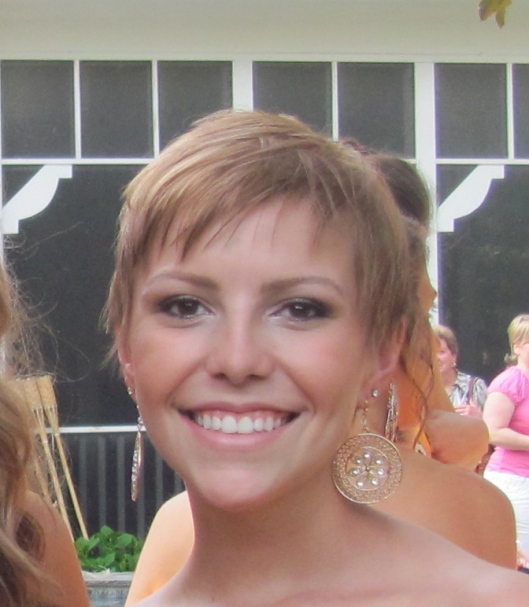